The analysis, by accountancy giant PwC, found AI would boost economic growth, creating new roles as others fell away.

But it warned there would be “winners and losers” by industry sector, with many jobs likely to change.

Opinion is split over AI’s potential impact, with some warning it could leave many out of work in future.

The pessimists argue AI is different to previous forms of technological change, because robots and algorithms will be able to do intellectual as well as routine physical tasks.

“This reduces prices and increases real income and spending levels, which in turn creates demand for additional workers.

“Our analysis suggests the same will be true of AI, robots and related technologies, but the distribution of jobs across sectors will shift considerably in the process.”

PwC said about seven million existing jobs could be displaced by AI from 2017-2037, but about 7.2 million could be created, giving the UK a small net jobs boost of around 200,000.

Some sectors would benefit disproportionately, however, with jobs in health increasing by 22%, scientific and technical services by 16% and education by 6%.

By contrast manufacturing jobs could fall by 25%, transport and storage by 22% and public administration by 18%, PwC said. 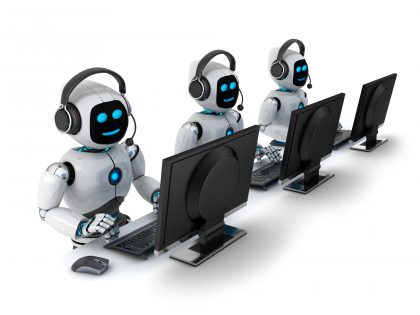 “As our analysis shows, there will be winners and losers,” said Euan Cameron, PwC’s AI lead in the UK.

“It’s likely that the fourth industrial revolution will favour those with strong digital skills, as well as capabilities like creativity and teamwork which machines find it harder to replicate.”

A growing body of research claims the impact of AI automation will be less damaging than previously thought.

In April, the OECD criticised an influential 2013 forecast by Oxford University that found about 47% of jobs in the US in 2010 and 35% in the UK were at “high risk” of being automated over the following 20 years.

The OECD instead put the US figure at about 10% and the UK’s at 12% – although it did suggest many more workers would see their tasks changing significantly.

World-class Board is driving industry transformation to dynamic MEF 3.0 services across automated networks

Has there ever been a better time to be a fintech...

Amazon asked to share Echo data in US murder case